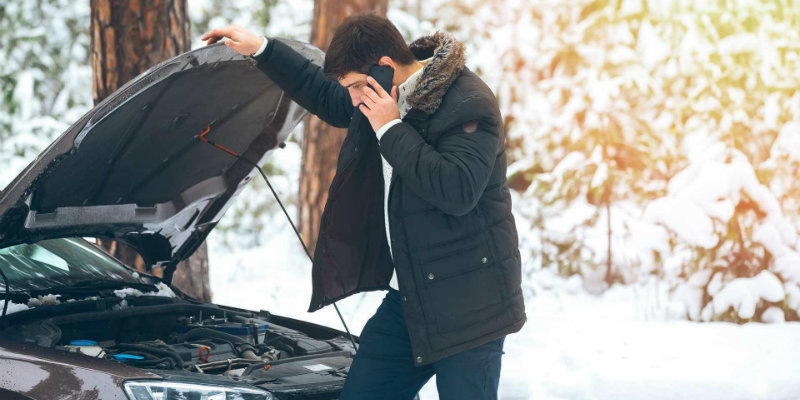 Getting into your car on a cold dark morning can be challenging not only for the driver but also for the vehicle.

It’s very common for car batteries to produce less current at lower temperatures, which makes your starter motor work harder in the morning. The cold weather can also impede the flow of your engine oil, putting even more strain on your battery. This article will look at the common reasons why a car won’t start in the cold.

Car doesn’t start in the cold? Here are 5 reasons why and what you can do about it

Simply put, the battery in a car is affected by cold weather because the amount of electricity it produces decreases as the temperature outside decreases. The battery is not able to produce as much power when it is cold, which can make it difficult to turn the engine over.

Turn accessories that use the battery such as headlights and the music system off when starting the car. Keep the engine running to warm it up and then switch the accessories on. Avoid jump-starting the battery when it’s cold or frozen as there is a possibility of it exploding.

If it’s a starter motor issue, it is likely that it has worn out and will need to be replaced. A professional mechanic will need to carry out a diagnostics test and fix the problem accordingly. If you’re not able to take the car to a garage due to the non-starting issue, there is always the option of calling a mobile mechanic to fix the starter motor problem.

As the temperature drops, engine oil becomes thicker. If the engine oil is too thick, it can hamper engine starting and fuel efficiency as it may not flow well through to the engine which means not enough lubrication. Synthetic oil, and especially manufacturer-recommended oil tends to perform better in harsh conditions.

While there’s not much you can do to fix the viscosity of the existing engine oil, as a preventative measure, it’s a good idea to change the engine oil and filter before the colder months of the year to help ensure this doesn’t happen.

In the rare event that water moisture exists in the fuel lines, this can freeze and block the fuel line, preventing the engine from running. This is especially common in thin fuel lines that can easily be blocked by ice. On the other hand, a diesel engine’s power delivery may take longer when started in the cold since it ‘gels’ up in cold temperatures.

If you find or suspect that you may have moisture in the fuel system, your fuel tank may need to be drained and then refilled with fresh fuel. Alternatively, a fuel system conditioner can be added to the fuel tank to absorb and then dissolve the moisture.

Symptoms of a worn or faulty alternator can include dim or flickering headlights, trouble starting the car, and strange noises coming from under the hood. If the alternator is worn out, the battery will not be fully charged and will have a harder time starting the engine in colder weather conditions.

In most cases, a faulty alternator will mean it needs to be replaced by a mechanic. A mechanic will check the alternator belt for proper tension. If the belt is loose, it can cause the alternator to work less efficiently. Then they will likely use a voltmeter to test the voltage of the battery. If the voltage is low, it may be due to a problem with the alternator.

A vehicle check or interim service is recommended if you live in a colder climate with temperatures that touch the freezing point. This will not only prevent you from having a car starting issue but will also ensure the car performs at its best.

Get price for a Vehicle Health Check.