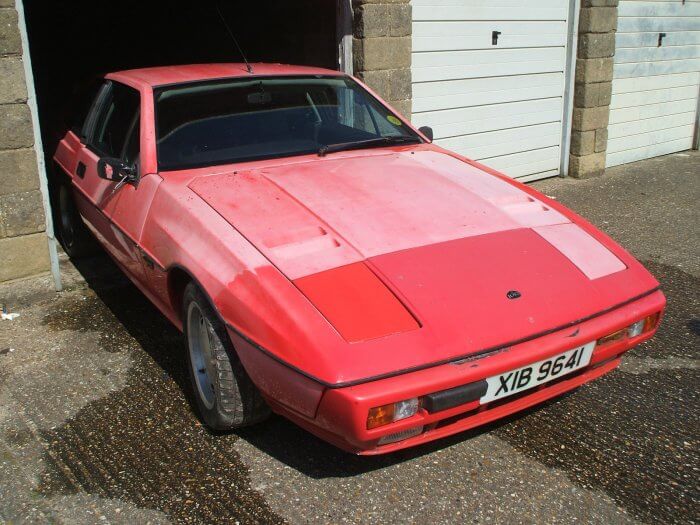 This time a car from Norfolk, a rather glamorous car to be precise. Now hold on, of course you might not relate Norfolk with the construction of high-end glamorous cars, but remember there’s is a small car manufacturer in headquartered in Hethel; Lotus. It’s a different kind of glamorous of course, not Bentley glamorous, not bling glamorous, but rather sleek glamorous. It’s cool design coupled to lightweight and sophisticated engineering. When Lotus tried to apply this formula, used earlier for the Esprit (see the 70s James Bond films), to a luxury coupe, they came up with the Excel. An example of which we feature this week; this 1986 Lotus Excel for auction on ebay might look desperately tired but underneath its faded paintwork there might be a little gem.

The owner mentions that the car has been off the road since at least 2002, taken of the road by a previous owner because of a seized clutch. Up to that time the car racked up just under 65,000 miles, which isn’t necessarily much for a car like this (or any car). Most areas of the Excel benefited from well-made Toyota parts, courtesy of Lotus’ partnership with Toyota at the time the latter was designing the Supra. It means that the Excel incorporates the whole drivetrain of the Supra bar engine; a strong gearbox, driveshafts, rear differential. The excel even adopted the Supra’s alloy wheels.

Of course, Toyota parts should last way longer than 65,000 miles (going by the incredible mileage some Supras have achieved in the past), much of the mechanical work on this car could therefore be a case of refurbishment instead of replacement, ultimately bringing costs down.

Furthermore, it appears the car has a tidy interior, as the owner confirms, the seats appear to have been replaced at some point, so has the headlining. The engine bay looks tidy too, where no oil leaks appear to be present. The owner does not mention if the engine actually runs, but does have a valid excuse, he doesn’t have the keys with the car (V5C in his name is available, though). So, with 4 days left on the auction and the bid up to just £745 this car might be a pretty good prospect. With some servicing and a lick of paint you might end up with a well-handling runabout with 80s charm. Who wouldn’t want that!