While there’s not much you can do to fully prevent depreciation as a car owner, however, there are a few ways you can maximise the resale value of your vehicle.

5 ways to minimise the effects of car depreciation

BONUS TIP: If you’re planning to buy a used car soon the first step is to make sure you buy the right car. Keep in a mind a few factors such as the number of previous owners – the fewer, the better! Although older cars are cheaper, more often than not, a newer model will hold more value when it’s time to sell it off. It’s also important to do a Pre-Purchase Inspection by a professional to make sure you’re making the right investment. ClickMechanic can help with a Pre-Purchase Inspection, with three different levels of inspection to suit your needs.

Car dealerships in England and Wales opened their doors, a week after Scotland, to the public for the first time in 3 months on April 12. Dealerships, including used car dealers, are allowed to open with social distancing and other COVID-safe guidelines in place.

If you’re looking to buy a used car, it’s important to make sure you are fully informed about the condition of the vehicle.

Here are 4 tips to keep in mind before you make the purchase.

Checking a used car before buying:

ClickMechanic can help with a Pre-Purchase Inspection, with three different levels of inspection to suit your needs. A pre-purchase inspection report will be sent to you which thoroughly outlines the condition of the car so you can be confident you’re making the right purchase.

At Clickmechanic one thing most of our customers have in common is that they normally have an amazing experience leading to our excellent 4.7 out of 5 ratings on Trustpilot. Right from the start, with every booking, we’ve improved the booking experience and continue to add more services to cater to a wide variety of car care needs.

Any booking placed through ClickMechanic remains “contact-free”, to aid with the government recommended social distancing. Here’s what ClickMechanic can do for you to keep you on the road and moving:

Whether you need a new clutch, cambelt, battery or brake pads, our quoting engine will give you an instant upfront price based on industry standard data. Simply place your booking online and opt for a vetted mechanic to come to you to do the work at your home or collect & deliver the car for free.

Car won’t start? Unusual noises from your car? As we understand that sometimes it’s difficult to determine what is wrong with your vehicle we’d recommend booking a FREE phone consultation with one of our experienced in-house mechanics. 70% of issues can be diagnosed over the phone, so you can get booked in for the required repair. Alternatively, you can book a diagnostic inspection on our site.

MOTs due on or after 1 August will once again be mandatory in England, Wales and Scotland, when the government’s 6-month MOT extension scheme comes to an end. Book your MOT with collection and delivery for only £25 when you book a service at the same time.

Checking tyre tread depth periodically and ensuring the legal minimum depth has not been exceeded can help you stay safe and avoid hefty fines (up to £2500 per tyre!). If your tyres do need replacing, we can help with a tyre fitting service at home to get your car’s tyres replaced right on your driveway!

As 1 in 6 used cars needs over £500 in repairs, getting a car checked over by a mechanic prior to buying can give the all-important peace of mind that you are not buying a dud. We can help you buy a used car with confidence, book a vetted mechanic to carry out a mechanical inspection at the seller’s location, starting from only £49.74. Three inspection levels are available to suit your needs:

If you are concerned that your vehicle may have become unsafe, unreliable or something has happened to it, book a FREE phone consultation with one of our experienced in-house mechanics or place a booking online for our contact-free mobile mechanic service. 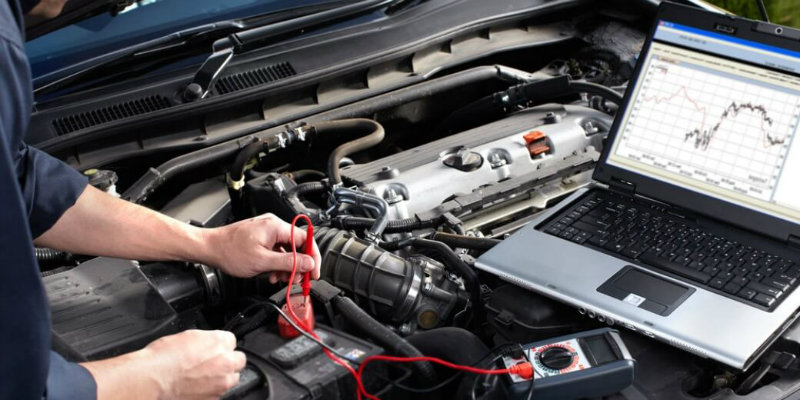 Pre-purchase inspections tend to be broken down into several categories which will analyse the working condition of all aspects on a used car. ClickMechanic’s is broken down into twelve categories to include all necessary checks such as the electrics, brakes and the handling of the vehicle. By using our data from the last 2,000 inspections, we have determined which areas often cause the most trouble for motorists looking to buy.

In fact, looking at each category individually, the electricals/controls as well as the wheels and tyres are the most likely to cause an issue with 23% of used cars scoring poorly in these areas during inspection. This is followed by the body exterior with 18% along with the road test and engine compartment categories equally with 17%. After which, the suspension and brakes appear to cause the most problems; 12% of cars will score poorly on inspection of the front suspension, brakes and steering and 11% will do the same for the rear suspension and brakes. 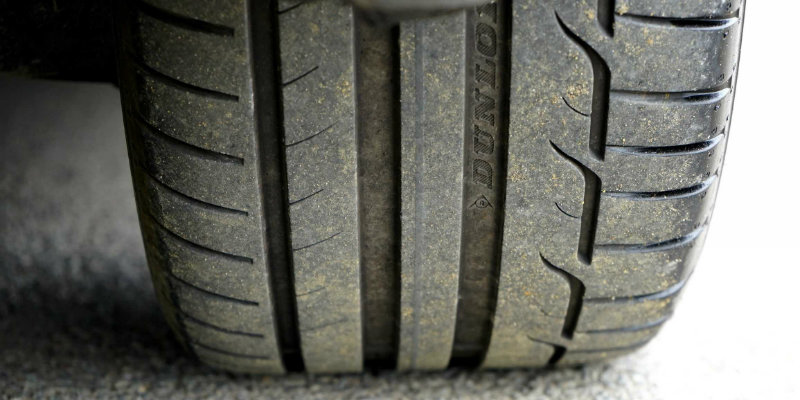 The less likely areas to need addressing after an inspection include the underside condition of the car, with 8% of cars facing issues in this region, as well as the clutch and transmission with 5%. Mechanics will also find faults with the exhaust system in 3% of used cars during a pre-purchase inspection as well as problems with the brake hydraulics and fuel system in 2% of used vehicles.

Given this, pre-purchase inspections tend to reveal more wear and tear in the electrics and the physical state of the car, such as the wheels and exterior, than the actual handling of the car. This includes faults with the clutch, which, despite being one of the most common repairs for every motorist, is not a very common issue to face during a pre-purchase inspection. This suggests that the seller is more likely to repair any mechanical handling issues rather than any faulty electrical components such as the heating or lights, or the wheels themselves. However, it is worrying to see that 13% of cars will score poorly in at least one category involving the brakes.

Andrew Jervis, Co-Founder of ClickMechanic said: “Any motorist looking to buy a used car should take care to ensure that it is in full working order – no one wants a surprisingly expensive repair bill, not to mention the importance of safety! A pre-purchase inspection should always be conducted and you should remember to take the additional costs into account before buying the vehicle.”