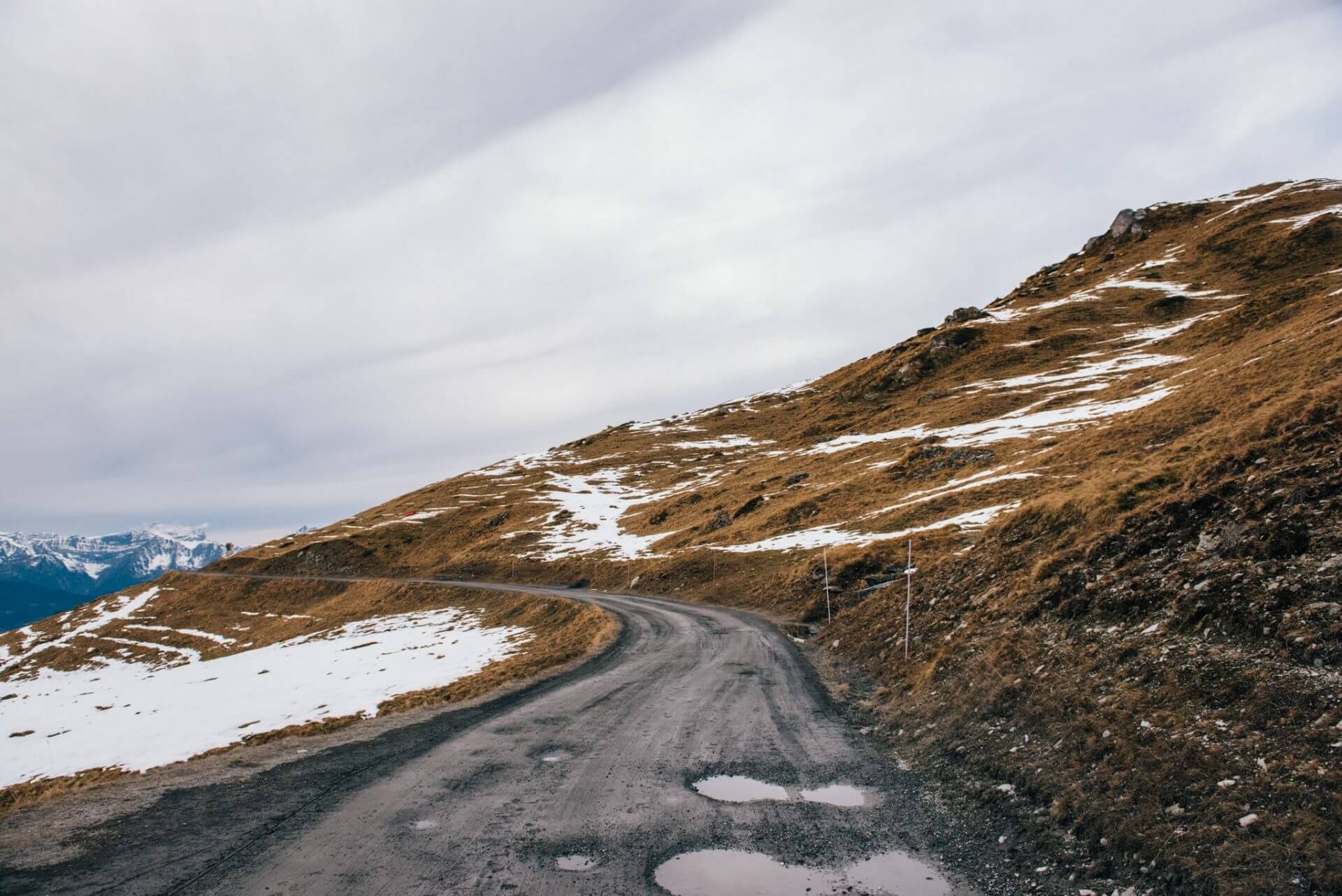 Potholes are a common menace, especially during late winter and early spring. Find out everything you need to know about pothole damage, what it can damage and how to make a claim and get reimbursed for your repair expenses in this article.

How is a pothole formed?

Potholes typically form when water seeps into cracks in the road and freezes. As the ice expands, it creates a larger crack. With the added pressure of the weight of cars and trucks, pieces of it eventually weaken and break away and the crack gets bigger and bigger, forming a pothole.

A survey by the Asphalt Industry Alliance (AIA) revealed that 1.7 million potholes were filled during 2021-22. Potholes cause an estimated £3 million worth of damage to vehicles in the UK in just one year!

What damage do potholes do to the car?

The rough edges of the pothole can be sharp and cause a puncture in the tyres. If the pothole is too deep, it can sometimes even cause the rim of the metal wheel to bend and completely distort the shape of it. In some cases, the damage cannot be repaired and the whole wheel will need to be replaced.

Potholes can damage your suspension, and mess up the wheel alignment , especially when you hit them suddenly. If you approach a deep pothole slowly, that can sometimes damage parts of the undercarriage or even cause a dent or damage to the exhaust pipe. In worst-case scenarios, a damaged exhaust may mean a complete loss of power.

You might hit a pothole dead on, or just clip it with the side of a wheel. Two things will typically affect the extent of the damage caused:

Tyres are designed for contact with an even surface of the road – this means potholes can cause some serious damage like sidewall bulges, tread separation, or even punctures. Tyres dip into potholes, and under the car’s weight, compress into shape. The hard tarmac can then cut into the rubber, damaging the wall or snapping structural belts within the tyre. Inflating your tyres to the recommended levels can help resist pothole damage.

Large potholes can cause scratches on your rims or even damage to the wheels. The harsh drop of some deep potholes impacts your wheels in a way they aren’t designed to handle. Cars aren’t regularly ‘dropped’ so have little resistance against wheel damage in these situations. Potholes can chip, crack, or bend a wheel. Chips and cracks are usually difficult to notice, as the tyre may cover up any damage. Bent wheels will not roll smoothly, and can impact the performance of the tyres too. Significant chips, cracks or bends need to be replaced immediately, as it compromises the safety of the vehicle.

The suspension is designed to support the vehicle’s weight, absorb rough road driving, and ensure the tyre stays in contact with the road. A ‘drop’ into a pothole can cause suspension problems such as damaged shock absorbers, and broken ball joints. A damaged shock absorber or broken ball joints will cause a vibrating noise, wandering steering. A qualified mechanic will need to inspect the suspension system before individual parts are completely replaced.

The exhaust system can be damaged by potholes

Exhausts run along the length of the vehicle, and silencers especially hang quite low. A deep pothole can potentially cause the exhaust system to scrape along the ground. Even some speed bumps can damage the exhaust system. The tarmac can cause scratches, dents, or even rip holes into the exhaust pipes, muffler, or catalytic converter. In extreme cases, you may lose power but over time you will usually experience a fall in fuel mileage as exhaust leaks cause the engine to use more fuel. You will want to check for damage, after particularly harsh scrapes. This may mean you have to get a mechanic round to jack up the car and have a look underneath.

Driving through potholes can cause alignment issues

Alignment issues can be quite noticeable when turning, as your steering wheel is off-center, the car pulls back in one direction, or the handling feels loose. Misalignment also causes tyres to wear down faster since one side is overused.

Can I damage the car if I hit potholes at slower speeds?

Potholes can cause damage to your car regardless of speed. The suspension may be less likely to be damaged when you slow down, but the exhaust may still get damaged if the hole is too deep.

The best thing to do is avoid the pothole as much as possible and if you cannot avoid it whatsoever, then it is probably better to slow down rather than speed over a pothole.

Who should I complain to about pothole damage?

In most cases, the council will be liable for pothole damage claims. However if the pothole is outside of the council’s jurisdiction on motorways for example, then it could be either Highways England, Transport Scotland,  Department of Infrastructure(NI), or Transport Wales.

As an additional option, it’s always good to check with your insurance provider as well if the policy covers pothole damage and repair. However, remember that taking this route may cause your insurance premium to go up or impact your no-claims bonus.

How to make a pothole damage claim?

Getting the repairs done

A mechanic or garage should generally be able to provide a written statement that the damage was indeed caused by a pothole when assessing the damage and carrying out the repairs. This is not necessary but is good to have.

Keep all copies of the invoices, price of parts and labour, safely as you’ll need them to make a pothole damage claim.

Finding out who is liable

You can use the postcode checker to report a pothole and also check whose jurisdiction this falls under.

Even if you do not want to claim for the damage caused, it is good practice to report any potholes you come across to the concerned authorities.

Make a note of who’s liable for the damage according to the location of the pothole:

Remember it is not always guaranteed that you will be reimbursed for a pothole damage claim. The authorities get thousands of claims of which many are often rejected under various clauses.

Councils: Enter the postcode here and find the local council to reach out to. Each council will have a website with specific ways to report a pothole and make a claim.

For motorways and major roads, the following are helpful links that will guide you to the website with more information:

How likely is it for my pothole damage claim to be accepted?

Ultimately, the strength of the claim and the evidence you present will determine whether your claim is accepted.

There is a possibility that some claims could take months to resolve, so you may need to be patient. If you feel your claim has been wrongfully rejected or you have been offered a partial settlement, you may need to be persistent. If your claim is rejected, you can also accept the rejection, take the authority to small claims court or even choose to make the claim via insurance if it’s covered and it’s worth it.