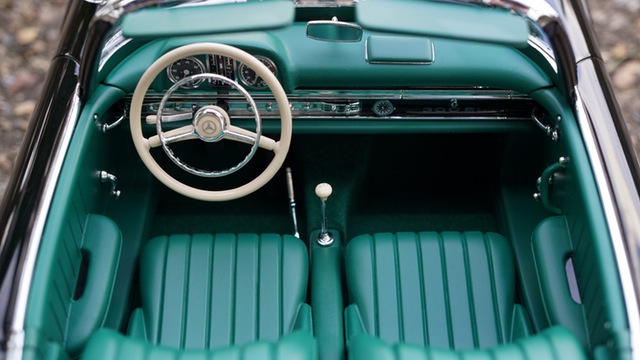 Traditional handbrake cables are usually made out of metal. Their condition will inevitably deteriorate over time. After all, the cables are fitted underneath the car and are exposed to the outside. That means all kinds of road debris and water is thrown at them. The cables can start to rust after a while, which will weaken them a lot. If the tension put on them gets too much for the cables then the most likely result is that the cables will snap.

How Do I Know If my Handbrake Cable Has Snapped?

Checking whether your handbrake cable is on its way out can be a bit tricky. After all, you can’t actually do a visual check without getting underneath the car. When using the handbrake it may be that your car stays put and everything feels fine. When looking up close, however, it can be that it is dangerously close to snapping.

Checking the condition of the cable is the best way to find out if it is one its way out. This will usually be done as part of a service when you bring in your car to the garage. That said, there are ways to check without a visual check. For example, a good sign that the cable is deteriorating is when you have to pull the handbrake lever up higher than normal to stop the car.

When a handbrake cable does completely snap the consequences can be catastrophic. It will mean that there is nothing to lock the car in its place when stationary. If you live somewhere where’s it’s flat it’s less of a problem, but imagine what would happen if you park on a slope. Your car will most likely just roll off without you!

It’s something you want to avoid of course. Replacing a handbrake cable often doesn’t take much luckily. The cables are often easily accessible from underneath the car. So a quick fix done mobile is often not a problem.

It’s important to get the problem fixed as soon as you notice any issues. Get help from a mechanic if you’re not sure which of the handbrake cables is needed. They will be able to tell you exactly what needs to be done to resolve the problem.