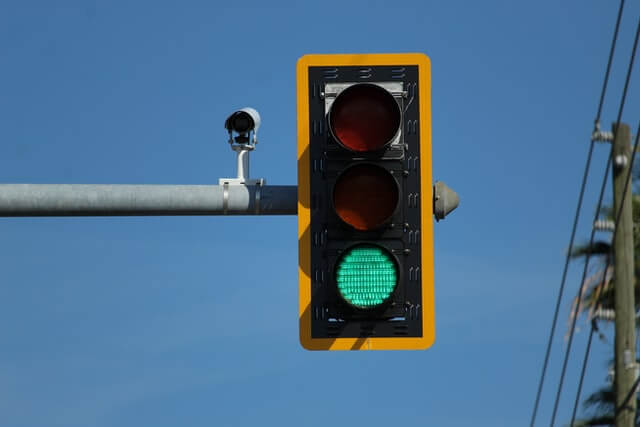 How do traffic light cameras work?

Traffic light or red light cameras have a sensor that detects vehicles that pass through lights after they’ve turned red. Some versions also use ground loops to capture when drivers jump a light.

The majority of UK red light cameras are manufactured by Gatso, with the name becoming so household that it is synonymous with the name “speed cameras”.

Is there a camera at all traffic lights?

Why are there traffic light cameras?

The Highway Code requires all drivers to stop behind the white line when the red light is illuminated and a motorist may only drive when given the green light and only if it is safe to proceed. Failure to obey these rules will result in a TS10 driving conviction and could mean three penalty points on your licence and a fine.

What happens if I run a red light camera?

It is difficult to know if you’ve been caught by the red light camera straight away. Unless you see the bright camera flash or are pulled over by the police, the first time you’ll know if you’ve run a red light will be when you receive your Notice of Intended Prosecution in the mail usually within 14 days.

In the following 28 days, you have to provide the details of the driver of the vehicle at the time of the alleged offence. You will then receive a fixed penalty notice which is usually a fine of £100 as well as 3 points off your licence. You can choose to accept the penalty or request an appeal and defend the allegation.

Alternatively, if you don’t respond on time, or fail to provide the correct information about the offender, you could face prosecution, 6 penalty points, and a fine of up to £1,000.

Ever need a car repair or service? Book a mobile mechanic or garage that will come to you to help get your car sorted!