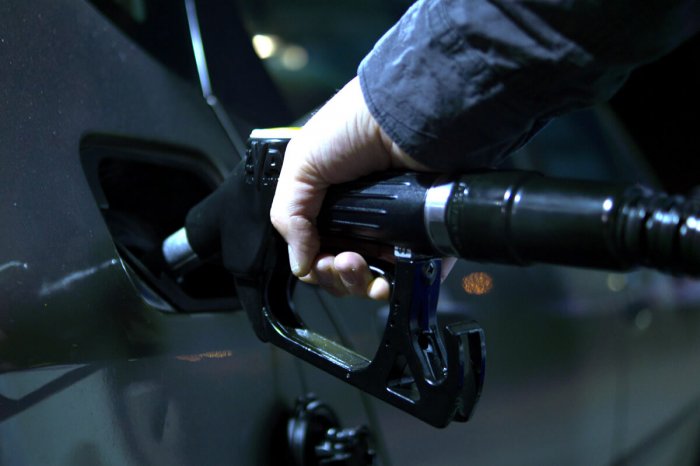 Fuel is what helps power a car and used to be limited to a type of gasoline or oil. With so many options available to the consumer, how do you know what is the best fuel type for your car? Read on to learn more!

With the 2030 ban on the manufacture of new petrol and diesel cars, more and more manufacturers are moving to all-electric or hybrid models. However, as of 2020 in the UK, 97% of the 32.7 million licensed cars are powered by petrol (58%) or diesel (38%) with the remaining 3% powered by alternative fuels such as hybrid electric, battery electric, fuel cell and gas.

What is an octane rating?

The octane rating of a petrol fuel is the measure of a fuel’s ability to resist “knocking,” or detonation of the fuel-air mixture in the engine. A higher octane rating means less knocking and is therefore more resistant to pre-ignition and “knocking” or “pinging” during combustion.

Detonation knock is a knocking noise that you’ll hear when the air-fuel mixture in the cylinders is detonating in more than one place at a time. Parts of the air/fuel mixture can start to ignite too early. This is dangerous and is heard when these mini fireballs collide, as they are what causes the knocking noise.

What is unleaded fuel?

Unleaded fuel simply means the fuel does not contain lead compounds. Lead compounds were commonly used before the 2000s in fuel to improve engine lubrication and performance and were major contributors to environmental pollution.

What are the different type of petrol fuel available in the UK?

During summer 2021, the standard (95 octane) petrol grade in Great Britain became E10 (to petrol cars only). In Northern Ireland, this is set to happen in 2022.

The E5 and E10 labels at a petrol station look like this:

Premium Unleaded (95 RON) is a high-octane fuel that is suitable for almost all petrol engines in the UK and Europe.

There is often only one type of diesel available at fuel stations in the UK, usually simply labelled as ‘diesel. Some fuel stations have a premium diesel too.

Companies such as Shell and Esso sell its own unleaded high-performance, high-octane petrol and diesel, which have an octane rating of 99 RON (higher cetane for diesel), the highest in the United Kingdom.

Manufacturers of these ‘premium’ fuels claim that alongside the higher octane rating, the fuel offers benefits with additives such as “improved lubrication, cleaning power and a superior performance.” However, in the real world, this will most likely not make a significant difference to the driver, especially if it’s not a high-performance vehicle such as a Ferrari.

What grade of fuel should I use?

It is recommended to use fuel with an octane rating required for your vehicle by the manufacturer. This will be mentioned in your vehicle handbook or owner’s manual.

Is my vehicle compatible with E10 fuel?

If your car has been manufactured after 2011, it is very likely that it is E10 fuel compatible. According to Gov.uk, 95% petrol-powered vehicles on the road today can use E10 petrol.

If you’re not sure, you can enter your vehicle details here to check if your vehicle is compatible with E10 fuel.

Your vehicle handbook should also have this information or check inside the fuel filler cap.

What is the difference between E10 fuel and E5 fuel?

E10 fuel is less efficient than E5 because it contains 10% ethanol. Ethanol has a lower energy density than petrol, meaning that it contains less energy per unit volume. This means that a given volume of E10 fuel will have less energy than the same volume of E5 fuel.

It’s worth noting that E10 fuel is generally slightly cheaper than E5 due to its wide availability in the UK so terms of cost, this could offset the lower fuel efficiency in some cases.

What do I do if I pump E10 into a non-compatible car?

If it’s a one-time mistake, then it shouldn’t cause too much harm to a vehicle. Gov.uk recommends simply filling up with E5 petrol next time. Bear in mind, this can potentially be more damaging to older, classic cars.

If the vehicle is not compatible with E10 petrol, you can continue to use E5, which is still available at many petrol stations.

Is premium fuel worth it?

In most cases, these fuels are not worth the additional cost per litre as the vehicle’s engine management software has been developed to run perfectly on the standard fuels. However, there are exceptions to this.

Even though all vehicles must be able to run on standard 95 RON fuel (RON – Research Octane Number), premium fuels with a higher octane figure (like 98 RON) do have their benefits, but it is recommended only for high-performance cars.

With the higher RON fuel, the engine will run and perform better, with improved fuel economy but your engine needs time to adjust to using it. You will need at least 50 miles on the new fuel to start to feel or see any improvements. However, if you return to the lower-rating fuel, your engine may run rough for a while as it re-adjusts.

So in reality, if you want better performance and efficiency from the higher octane fuel, you ideally need to keep using it.

In the case of diesel, things become more interesting. Super diesel fuels usually have more cleaning additives in them. This is very good for the engine as it ensures greater efficiency, which means better fuel economy.

The bonus here is that you can swap between the normal diesel and the super diesel whenever you want without it being detrimental to the engine.

We suggest that if you normally fill up with regular diesel, then every three or four refills, you use a super diesel. The cleaning additives in the super diesel can help keep your engine in good shape. If you continue to use only regular diesel, your car may be at higher risk of failing the MOT on emissions.

Is it worth paying for the premium fuel?

There is no perfect answer. It really depends on the type of driver you are, your vehicle and the mileage you cover. As mentioned above, if you own a diesel vehicle it’s worth using premium diesel to give your engine a boost now and then. And this is also better for the environment.

Here’s 10 ways you can save fuel in your car.